Using SSD on Xbox One For Much Faster Gaming 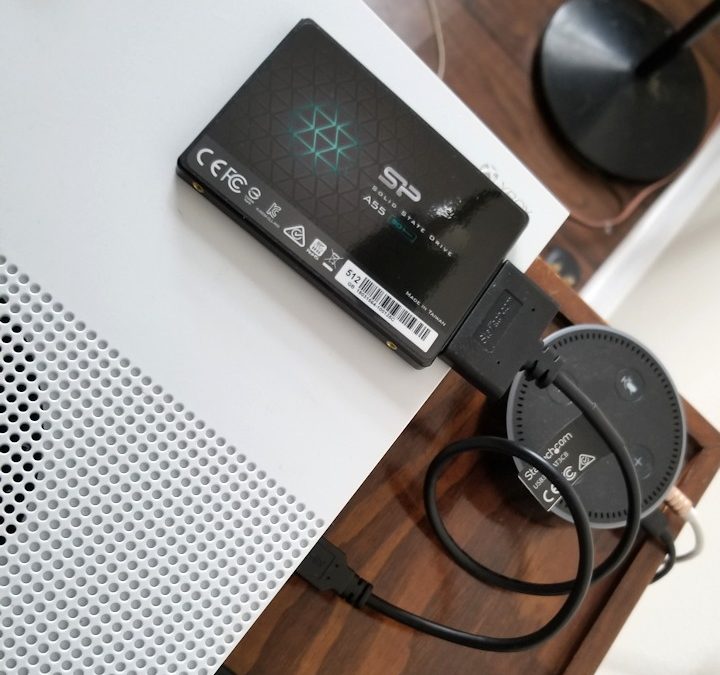 How can the Xbox pack so much gaming power into a device so affordable, compared to building a gaming PC? Part of that answer is that it uses a 5400RPM hard drive, which by today’s standards is pretty dated.

It reduces production costs for sure, but with how massive modern games have gotten (often 40-80GB) that results in long loading screens and what can feel like a sluggish experience. If you’ve ever used SSD (solid state drives) in a PC or laptop you know the difference it makes.

If you didn’t know, Xbox One allows you to expand your storage for games by using an external drive via USB 3.0. This is handy for those with a large game collection, but it’s a feature with an even more useful benefit: SPEED.

Simple Solutions For Adding SSD To Your Xbox

You can buy external SSD drives, certainly. According to Microsoft, any modern drive with a USB 3.0 connection should work. However, you can save some cash by opting for a regular/internal SSD instead.

Before you reach for your mouse, no, I’m not recommending you rip open your Xbox and replace its internal hard drive. If that’s what you’re looking to do, there are videos on Youtube that can walk you through that process.

What I’m recommending is far simpler.

Internal hard drives have a SATA connector and power connector on the back. With a ~$10 adapter, you can turn those connectors into a USB 3.0 plug and connect it to your Xbox like any traditional external drive. In the past using an external drive wasn’t as fast as an internal one, but USB 3.0 bandwidth exceeds current max speeds of even SSDs, so it shouldn’t be a bottleneck.

Even in the case of the Xbox, which some report has internal overhead that reduces the full potential of USB drives attached to it, I can affirm from personal experience that it makes a big difference in load speeds.

Moving Your Games To The External SSD

After connecting the drive to your Xbox it should pop up with a message asking you whether you’d like to use it as a media drive or a gaming drive. In this case, you’ll select gaming, and it will format the drive in the proprietary Xbox format.

You might need to restart your Xbox to get it to acknowledge the drive for games afterward (I had to do this, but then it worked fine).

From there, select a game from your games list, then select Manage. Say “Move all” and it will confirm you’d like to move all the game’s files and saves to the SSD. It will probably take 5-10 minutes to move everything, and from then on launching the game will run from your SSD instead. 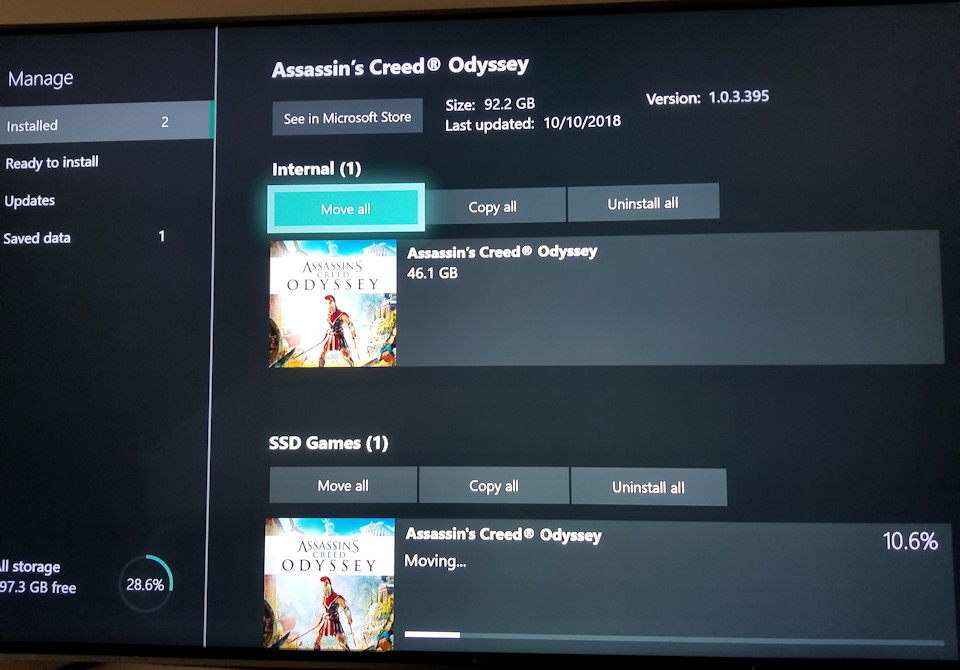 Note that if you installed the game from a disc you’ll still need that disc for the game to open. In my case two games with rather long load times, GTA 5 and Assassin’s Creed Odyssey, were purchased digitally and thus ran entirely from the SSD with no need for discs.

The primary loading screen to get to multiplayer on GTA 5 went from having taken almost 2 full minutes to around 35 seconds.