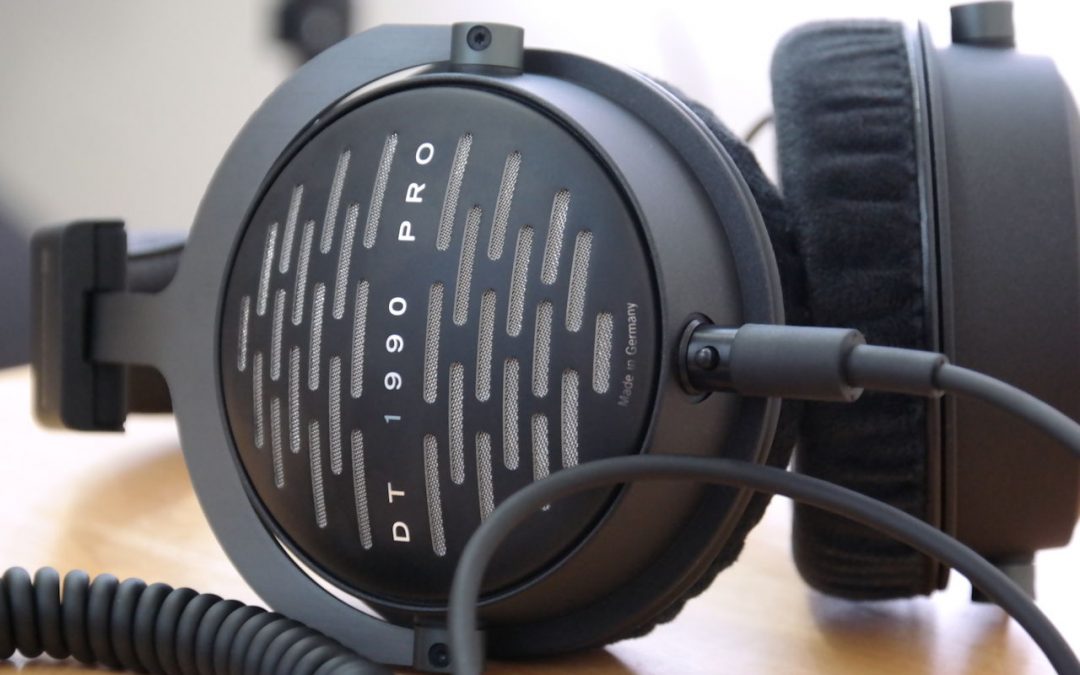 To say this is the clearest and most resolving midrange headphone I’ve heard would be true, but would perhaps lead you to think the bass and treble aren’t anything to write home about.

The DT 1990s carry the entire range well, while being a bit bright. After using a series of headphones that were all described as having some degree of “recessed mids”, the neutral mids of these cans seem powerful and make musical performances feel more like they’re live than simply a good recording.

Sometimes I do feel that the fullness of the sound detracts from the bass impact, but that’s a known thing in audio and not a fault of the headphones. On bassy tracks these things will go as low as you can hear.

Generally speaking this are pretty comfortable headphones. The one thing that makes them slightly less comfortable than the DT 770 is the clamping force.

I’ve found that despite the soft velour earpads sometimes after listening for an hour or two the sides of my head are slightly sore. It’s usually alleviated by taking them off for a minute — hopefully the headband will loosen up a bit over time.

Still, the headband is well-padded and the earpads go a long way toward mitigating the fact that these are heavier headphones than the DT 770/990 (which use plastic bodies).

It’s been a few years since I regularly listened to open back headphones. I felt the Denon AH-D5000 and the Beyerdynamic DT 770 both had a good sound stage for closed back headphones, but the 1990 Pro has a much more natural sound.

You get the sense that the musicians are playing all around you, in the room with you, and each individual instrument stands out with precise detail rather than hitting you like a wall of sound.

It was actually kind of jarring at first until I got used to the sound.

For songs where the singer is really belting it out emotionally, the intimacy that creates is powerful.

I really think it’s important to make that point because to me that’s one of the most striking characteristics of the DT 1990’s sound.

A few highlight songs where I noticed that in particular:

These are not as overtly bassy as the Denon AH-D5000 for instance, but they play deep and have a very tight sound. On tracks like AWOLNATION’s “The Best” with a very booming, powerful bass, the 1990’s represent it well without losing composure.

I find that a little EQ’ing helps. Between +3 to +6dB at the 32hz and 60hz levels helps round out the sound against the powerful mids and highs, and these headphones respond well in general to EQ.

(Some headphones you try to boost or dampen frequencies and things still sound off and don’t get there.)

I’ve been undecided on where I stand on the headphone burn-in theory, but I suppose what I can say for sure is that the brightness of these headphones was a detractor for me on the few half dozen songs, yet over time I didn’t find that it took away from the presentation anymore.

Whether that was the headphones burning in and smoothing out or simply me getting used to the sound and digging it, YMMV.

Straight up, it’s a great feature to receive two types of cables and earpads in the box. Others have commented that this is “what you’d expect for headphones at this price point,” but it’s worth noting that I’ve owned 3-4 other pair of “audiophile” level headphones ($400+) and none of them had this feature.

Beyerdynamic gives you a straight cable and a coiled cable.

My inclination to immediately go for the straight cable faded one afternoon when I swapped to the coiled cable (just to say I’d tried everything) and found that I preferred how much easier it was to keep track of without it getting in the way.

That’s certainly true for plugging into a mobile device and walking around, too.

As far as the earpads go, I’ll say that I prefer the “balanced” pads that are already installed on the headphones in the box. They subtly enhance the bass and taper the treble a little.

The “analytical” pads accentuate the mids and highs a bit at the expense of a flatter bass response.

To my ears, when you’re listening to what are already a bright pair of headphones it’s not an advantage to extend that further, particularly at the cost of bass presence that makes music more engaging. YMMV.

The “analytical” pads are somewhat software and more comfortable for some reason, so there’s that.

This was a revealing moment for me during my week long auditions with the DT 1990. When I got to the point where I was doing A/B comparisons with other headphones I knew I had to put the 1990 against my Denons, which I’ve had for about 11 years.

The differences weren’t glaring, since these are both excellent headphones.

The Denons certainly have fuller bass presence in general, though they don’t extend quite as deep into the sub-bass frequencies as the Beyers. Both headphones are bright and give a sense of “fiber” to the detail of instrumentation.

I find that the DT 1990 is more detailed overall, and since the mids aren’t recessed the presentation feels a bit more balanced. I do occasionally miss the bass of the Denon AH-D5000, but the 1990 can get there with some EQ.

As to which one is more comfortable, it depends.

The clamping force of the DT 1990 can be somewhat uncomfortable for long listening sessions, whereas the ample ear pads of the Denons are a clear winner there. However, the Denon’s headband is pretty minimal in terms of padding whereas the Beyers are noticeably cushier.

These are great sounding headphones. I like a forward sound in general, and while I agree with others that note the hot 8Khz area can be fatiguing, with a little EQ damping they smooth right out.

Ideally they could do with a bit more bass response to bring them closer in line with headphones like the Denon AH-D5000 that have a very fun sound (will be trying Dekoni pads next to see if these help) — not that the bass on the 1990 is weak.

The midrange detail is incredible and the airiness of the sound in general gives it a very authentic feeling that makes vocals and violins in particular sound stellar.

For both acoustic guitar plucking and even heavy metal guitar solos with intricate playing, the DT 1990 is the best I’ve heard thus far.