The Timeless Significance of Heroes in Culture 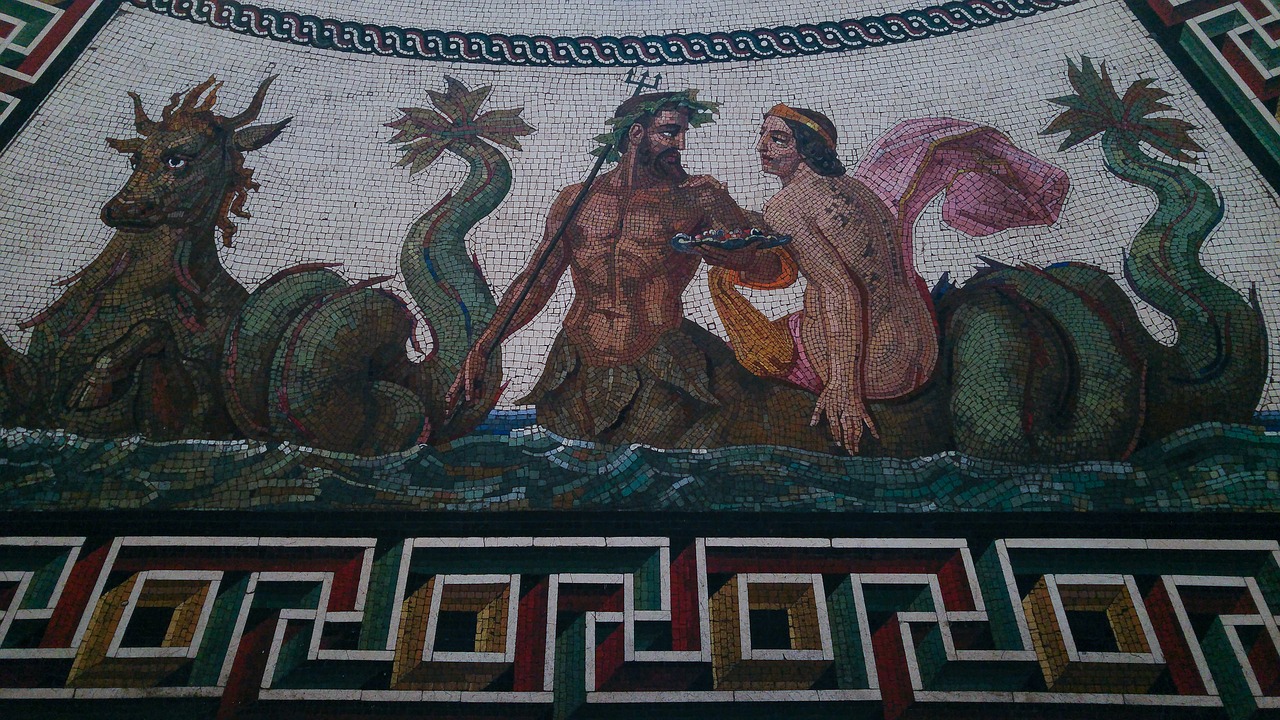 Tales of powerful heroes are entertaining, inspiring, and timeless.

Our modern superheroes are essentially a retelling of old folklore and mythology. We might explain more of it away with science now, e.g. the reasons Bruce Banner became the Hulk, but at its center they are much the same stories we’ve been telling for millennia.

In fact, there are some pretty solid parallels between those heroes. Greek Heracles (aka Hercules) is the son of Zeus (the overgod), sent to live in the world of mortals as a demigod. Among mortals he accomplished great things with equal parts strength and compassion. Compare that to Norse mythology with Thor, son of Odin (the All-Father), often sent to the world of mortals to accomplish great things as a protector. Then more recently Superman, son of Jor-El, a prominent leader of a race of hyper-advanced beings, sent to live among humans. His relative strength and abilities allow him to do great things and once again act as a protector.

But what significance do these heroes have in our actual culture?

In a CNN article about superheroes, Douglas Hyde talks about the historical correlation with hero stories with times of hardship or conflict. Heroes, their powers, and the villains they fought were all indicative of the era.

Notably, Superman’s story was conceived in 1938 just as the US was emerging from the Great Depression. Batman came next in 1939. The American Dream was in the toilet, with a huge divide between exploited workers who could barely afford to feed their families and wealthy tycoons that a lot of people felt were laughing all the way to the bank.

It’s not surprising, then, that one of Superman’s major villains was Lex Luthor, a wealthy businessman. Many of Batman’s enemies were bank robbers and wealthy ne-er do wells like the Penguin. Gotham City was always depicted as highly corrupt and in need of a savior, not unlike big cities like New York and Detroit during the Depression era of factory work and wealthy tycoons. These were larger-than-life figures righting the wrongs of the era.

Shortly thereafter in 1940, Joe Simon envisioned Captain America just as World War 2 was gaining momentum and fear of the Nazi regime was everywhere. How best to combat tyrannical communist propaganda than to create a symbol that was essentially a walking American flag? It became a literal embodiment of the spirit of freedom and democracy.

That was largely the motivation for creating Captain America both in real life and within the story of the comics. But the symbol was more than just his outfit. Consider his personality: unrivaled courage and selflessness, an unwavering sense of duty, and the willingness to lead by example and take action when no one else will. That’s the very definition of hero by most accounts.

How do societal patterns relate to superheroes?

Recall that Batman and Superman were conceived of in 1938-1939, just before the 1940s where the US continued to find itself in a time of crisis.

Right around that time the nation had started overcoming the Great Depression and was wracked with worldwide war, so the heroes of that era fought against things like the rich (during a time where the money was a huge issue), murderers, and communism.

The Golden Age Joker of DC comics was a sociopathic killer, correlating with the fears of a society facing war and civil unrest. (Source on The Joker)

After 1954 the public started shying away from comics with gore and grit, and the Joker was retold as more of a lighthearted prankster. This became known as the Silver Age of DC Comics, and a similar shift occurred with all villains into the 1960s, which correlates fairly well with the US entering an era of lightheartedness itself. This was the era of mind expansion, of being free.

Society no longer felt oppressed, so villains were more humorous than scary. Heroes like Batman became almost caricatures of themselves in TV shows.

Later the Joker would return to his darker roots, but this time with the explanation that he was insane (rather than simply evil). This was during a time of psychological enlightenment were society began to value the idea that criminal motivations were more complicated than simply being a bad person.

Let’s jump back to mythology again.

One of Hercules’ well-known opponents was the Lernaean Hydra, an 8-headed monster no one had been able to kill because it could regrow heads. It’d terrorized the countryside to such an extent the Hydra concept is even referenced today as a figure of speech.

(Captain America even fights a Nazi-like regime called Hydra, whose slogan is “cut off one head and another forms in its place.”)

Many of Hercules’ other opponents were animals, such as the Nemean Lion, Cerynean Hind (golden horned deer), and the Erymanthian Boar — during a time where famine during winters and hostility from wild animals were some of society’s greatest challenges. The lion couldn’t be killed by conventional weapons, the hydra through conventional means, and the boar was enormous.

All villains of this time period represented the resilience and chaos of nature and how humans (through Hercules) had to use wits to overcome an otherwise superior force. Consider that at this time starvation and being pillaged were very real concerns; one bad frost could destroy a harvest and devastate an entire people, for instance.

And there was Hercules, constantly battling the personification of nature.

When it comes to Greek legends, most people probably think of Medusa. Defeated by Perseus at the behest of a wealthy lord, she presented a lethal obstacle to anyone that looked her in the eye. She had snakes for hair, writhing around her head as punishment for having broken her vows of chastity by marrying Poseidon.

This was typical of old myths: women were celebrated for their purity and harshly judged in stories for even the suggestion of being unfaithful. Just think about how jealous Odysseus (of Homer’s Odyssey) was when he returned home after sleeping with numerous women on his journey, worried that his wife may have been unfaithful in his absence.

Aside the standards of the time, there is a lot of snake imagery in villains of that era. At this point it’s difficult to find information on exactly when stories of Hercules began, but it’s generally accepted that Homer wrote the Illiad and Odyssey between 800-700 BC.

In all this we see a pattern of villains embodying the things people of any era fear most, with the heroes being ideally equipped to overcome them.

Fiction can be more real than the everyday.

When I first heard that statement (albeit worded differently) it was an eyebrow raiser. But over the years, and especially in my study of heroes that partially led up to this article, it’s something I’ve come to embrace.

We like larger than life heroes because they capture both our struggles and our triumphs. We may not be battling villains that threaten society each day while we get in our cars and head to work, but in our own way we’re fighting our battles and overcoming adversaries (sometimes adversity itself).

The best heroes have the right balance of human frailty with being something more. We like to feel like our heroes experience the same shame, frustration, and pressures that we do. But we also love to watch heroes exhibit power over them, to rise above, to not be afraid. It’s a reminder of what we want to be, and of what we could be.

When Batman goes out at night to fight bank robbers and murderers it represents our desire for justice. Even where we can acknowledge that our legal system is important, we also see its limitations. Who hasn’t wished for a masked vigilante to stop the kinds of villains police can’t catch, the ones that seem to keep getting away with crimes with a smile?

Even where we’re consumed by darkness as Bruce Wayne is, constantly tormented by feeling powerless as his parents were murdered and that he could’ve done more, it turns into a passion for helping others at the expense of self. Batman doesn’t simply fight crime to punish criminals out of hatred or bitterness. He fights out of a genuine compassion for everyone else to spare them the powerlessness he felt.

When Colonel Philips tosses a dummy grenade into the training yard and everyone else dives behind cover, Steve Rogers jumps on it and tells everyone else to get back. This is before he’s become Captain America, and illustrates even in his then-diminutive form the kind of courage we all aspire to. He proved in that moment that you don’t need to have super powers to inspire others.

Our heroes may fight for us, but they also are us.

Heroes bring out the best in us by highlighting values we all have inside. Sometimes these values are hard to see in the minutiae of everyday life, and it’s through the epic stories of our heroes we can call them out and learn from them.

It’s fun to watch people flock to the movie theaters as new superhero movies release and imagine something similar thousands of years ago: children sitting excitedly around an Aristotle-like storyteller to hear tales of mythical heroes.

And just like now, listeners back then would be inspired by examples of courage, of fighting for ideals, and that we’re all capable of greatness.