Social Media As A Connecting Force, Not A Digital Rolodex 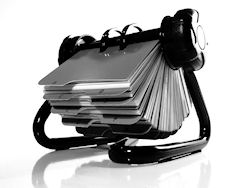 Recently I received a connect request on Linkedin from someone local with a few mutual connections, and while I don’t usually accept random requests from people I don’t know I decided to seize the opportunity.

After accepting I sent a thank-you message of sorts for reaching out, and said I’d love to learn more about his business. I asked him a few simple questions to start the dialogue, as I find people respond better to easy questions rather than just beginning by talking about yourself.

After a couple days I got a two word reply consisting of “Sounds good.” I was a bit puzzled. Maybe he only read the part where I mentioned wanting to learn more about him? Is that what sounds good? Maybe he read it so fast he thought I meant I’d love to tell him more about me?

I see quite a bit of this on social media, and it’s worth examining.

He reached out to me, and yet he wouldn’t devote the 60 seconds it’d take to actually read my initial message — a customized one in contrast to so much of what you see on Linkedin. His being oblivious to the bulk of my message made it pretty clear he was not going to be a valuable connection. His paltry two-word reply reinforced that.

A lot of people seem to view social media as a popularity contest, a mission if you will to load up their digital Rolodex with as many names as possible. Whether they actually know anything about anyone is irrelevant; they sit back in the satisfaction of saying “Look at the size of my connections list.”

Quality Over Quantity In Social Media

The kicker here is that this behavior can have the opposite of intended effect. Savvy networkers may examine the sort of interactions you have online, even if it’s a quick look, and can tell a lot about the type of connection or referral partner you might be. Have thousands of connections but haven’t posted anything in three months? They may be clicking away as we speak.

I’d much rather know someone with only 50 social media connections that is very active and makes it a point to really interact with those 50 people as opposed to someone with 5000 connections who never logs on.