Sharing Without Reading – A Look At Cause and Effect 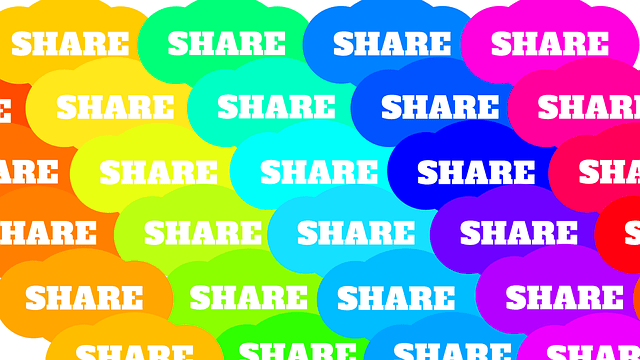 The number of times people share headlines without reading the articles behind them may surprise you. Some studies, like one covered in The Washington Post, says it’s as often as 6 in 10.

What are the effects of that? Is it a bad thing?

My presumption about it was initially of frustration, and here’s why.

It frustrated me simply because I’ve noticed a few cases on Facebook where people I follow shared an article with a very click-baity title. I took the bait because —hey — it sounded interesting and this is someone I respect.

One was an article about a supposed stance Obama had on the UK. But even 15 seconds into the article the author gives the actual quote of what Obama said, and it’s immediately clear reality is literally the opposite of what the headline is about. Those were literally not the words Obama used, and they weren’t even ambiguous enough to reasonably infer that headline’s claim is what he meant. The author even admitted further down that the stance requires taking the quote out of context.

But apparently taking the slant that you want to “present the slant” nonetheless, “for the good of sharing”, makes deceptive headlines okay.

It’s like this: “Brian said people who eat lettuce are stupid! Well OK; that’s actually not what he said, but wouldn’t it be crazy if he did? It’s a cool discussion point to fantasize about Brian saying that, so I made that headline to make it seem like he said it to start the conversation!”

It’s clear immediately that if the person sharing the article had read even a little bit of it they likely wouldn’t have shared it. In all cases I’ve seen it, other people post in angrily or passionately with their opinions about a fake stance no one referenced actually had. Entire opinions are formed or reinforced by false information. (Good discussion about that here.)

What is this doing to how we gather information and make decisions?

To me there’s a big difference between a random dude ‘liking’ a headline and saying “Ooh! I’ll share this!” and a serious curator doing the same thing. The whole reason people follow content curators is faith in their expert discernment. The idea is, of the overwhelming amount of stuff on the internet, that person is a reliable source of the good stuff to read/watch.

Would you still think of that person as a reliable source for solid information if you knew they were haphazardly throwing headlines around?

On the other hand,  referencing BS clickbait articles isn’t representative of the web itself. There’s a ton of awesome stuff out there, after all. As I read some other thoughts, it seemed like maybe getting too hung up on how often an article gets undeservedly shared is being a bit dramatic.

As MediaShift points out, sometimes the headline (when it’s honest) gives you all you really need to know. The Washington Post’s study dealt primarily with Twitter where the numbers were concerned.

So with Twitter as the core example, author Tim Cigelske says “You don’t always need to read the full article to share a headline. Sometimes 140 characters is enough.”

It’s a fair point. A lot of marketing-type posts that float around Twitter are things like “Google puts bigger focus on social engagement” with a link. Even without clicking the link, you’ve learned a little something that could help you. We could think of that tweet as sharing an idea, with the link as attribution like you would with a quote. It’s not necessarily a prompt for anyone to read the article.

Cigelske points out another good example of that: sports updates. If the tweet gives you a score update with brief commentary of what just happened, the link is unnecessary. If you were wondering about the game as you scrolled down your news feed, that tweet just slaked your curiosity.

Where Does This Come From, and What Does It Mean?

Experts have been saying for years that attention spans on the internet are getting shorter. With new websites and blogs forming every day, putting out even more content than ever, is it just information overload?

Some reports estimate that users upload 300 hours of video content to Youtube every minute. You couldn’t watch all that if you tried. Some form of filtering and shorthand seems necessary, right?

Technology is bittersweet sometimes. It’s easier than ever to find information and be knowledgeable about any topic you’d like. That seems to carry an unspoken expectation that you need to be sophisticated, well informed, and interesting all the time. The thing about our newsfeeds is that we’re bombarded with information vying for our attention, and we feel like we need to contribute.

We’re observers being entertained, but we’re also the entertainers. 24/7.

This causes significant behavior on social media as people try to be funny, look interesting, and live the dream. Does this make some people neurotic? Several psychologists across the web seem to think so.

“With social media and reality television, nowadays people can pull back the curtain on their lives and see if what they’re willing to expose of or about themselves flies with the public both on TV and on line.  Hell. Lady Gaga has 10,000,000 friends.  That must be some sort of character validation.  Right?”

So where do we end up when we combine a compulsive need to contribute something interesting with never feeling like we have enough time to keep up with everything? I submit that it seems like a natural but unfortunate progression to share things without reading them.

As tech becomes more and more mobile, as apps control more and more of what we see, I don’t see that slowing down. The onus is on content creators and curators alike to drive eyes in spite of fast-paced browsing. Hopefully as Google algorithm updates progress and other factors take hold, it’ll be harder to win with crap content.

It’s also worth noting that social media is still one of the major sources of page clicks, even if the conversion percentage is lower than we might expect.

What do you think about sharing content and the types of material that are shared most?