Finding Your Authentic Voice Without Cliches

There’s a lot of good advice out there for writing stronger material. The thing is, leaning too hard on some of that advice can turn you into someone you’re not.

Being authentic is important. In fact, studies by Bonfire Marketing show via infographic that authenticity is what people value most about brands they follow.

Writing cliches are everywhere, and you might be thinking if you hear “content is king” one more time you’ll take a hammer to your skull.

A ways back I began noticing several bloggers I’d followed getting very popular for shooting from the hip, liberally using the word fuck, and talking about how liberated they were. It was edgy, and for the right kinds of readers was duct tape in a steroid rage.

Some of those bloggers used their newfound carefree style as a guide for readers, urging everyone to “stop giving a fuck” and to say what they all felt. All the time.

As a general tip that makes sense, but it got weird when it went too literal. One time I was a reading a new post on a blogger’s site, and got all the way to the end before the signature of a guest poster clued me in that it even was a guest post. Every bit of the wording sounded exactly like the blogger they were emulating, and half their post was about how good it felt to be liberated and write in their authentic voice. 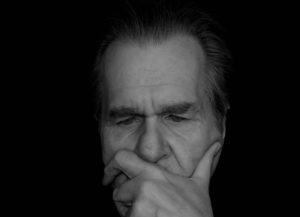 A different writer who had come to be a mentor of sorts for me gave me some feedback once that stuck with me. Parts of it were good, but she criticized my writing for being “too timid” on the basis that I wasn’t swearing like I got paid for it. My writing was timid then, but that wasn’t why. Much of what I wrote was academic or poetic, and that kind of language didn’t make sense to me.

It felt like the most basic rule in writing was being thrown aside. “Consider your audience” was apparently now a coward’s excuse for not being “real enough”.

I think there was some mutual respect lost that day.

It’s not real to fill every other goddamn word just to impress the shit out of readers with your magic brand of fucking awesomesauce because someone else told you to. It might make for a fun read if you pull it off well, but unless that’s what you’re feeling it will never be authentic.

Not saying you can’t be funny, poetic, or teach something whilst flexing the cuss muscle. But relying on it for your writing to have personality?

The opposite is also true about writing, of course.

You need some personality in your writing even if it’s informational. Many years ago I made the mistake of being way too dry and college professor-sounding with client content. I thought that because I was writing for money, writing about their business, that it had to sound “professional”.

But interesting and professional don’t have to be at odds.

When in doubt, the adage “write like you talk” can get you un-stuck. Use shorter paragraphs, get to the point, and write like you’re telling a story. People respond well to storytelling, and you’ll learn a lot about your style explaining something that way versus treating it like an essay.

When you stop putting so much thought into the next word and just say what you want to say, it’s far easier to get into a flow. You can always tweak it later.

Formulating what to say uses a different part of the brain than making sure your paragraph structure is perfect. Trying to do both at once usually comes at the expense of the first one.

People like to be talked to like… ya know, people. That sounds basic and useless, but so much writing out there, including mine occasionally, reads like putting on an air.

Seriously. We get fluffy with our intros so often, and the writing is almost always better without it. Hook the reader by getting right into it, by asking a question, or throwing them off guard so they have to read more. Don’t be afraid to be blunt.

If you’re worried about offending, remember that there’s a difference between blunt and rude. Opening a piece with “I hate olives” tells people what you’re about with no punches pulled, but isn’t cutting like “People who like olives are stupid.”

Cutting sentences that don’t add anything makes for smoother reading. Stephen King says in his book “On Writing” that your second draft should be 10% shorter than your first draft.

It’s natural, and if you write conversationally there will be some fluff. Some you need for style, but the rest is just fluff that the whole is better without.

Don’t Be Afraid To Take It In Pieces

Yeah I know; there’s always a temptation to finish the piece in one sitting. We worry, “What if I lose my train of thought?” But sometimes we run out of steam, or need a perspective that requires some time away to have.

I can’t tell you how many times I’ve felt stuck on a piece of writing. Maybe I had 60-70% of it done, but just couldn’t think of how to end it or where to go with what I’d said. Sitting there agonizing about it just leads to frustration, which is a creativity-killer. But after stepping away and returning later, it was immediately clear to me how it needed to wrap up.

What might have taken hours took ten minutes, and it freed me up to get something else done.

James speaks often about how writing regularly is important. Every time you write you build momentum within yourself, and it progressively gets easier to keep writing. To write longer, faster, better. But every 2 days you don’t write anything, he says, you’ll lose that edge and have to build again.

James Altucher writes often about honesty, and has some solid guides to help you craft interesting material while still being you. I recommend them, and following him in general.

It’s not overly complicated. It’s not a formula or a workout regimen. Just practice, and read others that you enjoy. Blending techniques from writers you like with how you naturally tell stories, paired with writing as often as you can, will help you more than any 10 step guide out there.