The Real Advantages of Competitor Analysis in SEO 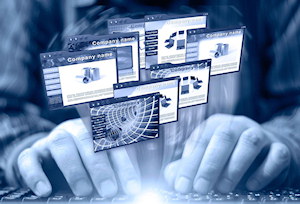 Competitive analysis in SEO is alluring to a lot of businesses and has become a newer big thing. It should be, but the main reason most people think of when getting excited about it is that they can copy what their competitors are doing.

Sometimes this is a worthwhile approach, but I would argue the best SEO campaign is still going your own way to a degree. Aside simply going along with what your competitors are doing, an in-depth analysis can allow you to draw some powerful conclusions.

If your tracking software also shows traffic figures and other data for industry keywords, which it should, at a base level you can better plan target keywords you’d like your site to rank for. But more importantly for this discussion, traffic figures on your competitors’ primary keywords can tell you a lot about their strategy, their implementation, and even whether they’re seriously pursuing SEO or not.

When the bulk of a competitor’s ranking keywords have nice traffic numbers associated with them it’s more straightforward what to do with that data. If those words are applicable to your business and they have good search volume, by all means ramp up your game here. But before you copy/paste their ranking keywords and call that your new strategy, dig deeper.

Sometimes you’ll see a bunch of the keywords they rank for have unimpressive search volume. If that’s the bulk of their rankings, or if their keywords are mostly reiterations of the same words, it probably means a couple things:

In all three of the above cases you don’t want to mimic their keywords. If they’re not doing the research, then their rankings are incidental and not where you need to be investing your time. If they’re getting their site traffic largely from other marketing efforts, you’ll need a different set of tools to mimic that. To know if it’s #3, we’ll need to assess their meta data.

If their titles are sloppy or inconsistent, it will explain why they’re not ranking better elsewhere and why their rankings consist largely of the low hanging fruit. If their titles and descriptions are decent, it tells you they know a thing or two about optimizing their site but aren’t doing the research.

Knowing What You’re Up Against :: Long Game

Even if certain competitors aren’t worth mimicking, it’s always good to know what they’re up to. You may have been intimidated by one you thought of as a digital giant and be surprised to see how easy they might be to beat. And even if they rank for low traffic keywords, you may still want to compete on some of them simply to dominate your space.

If there are good keywords, weigh that against what you know about them. Sometimes you probably have an idea of what you think their main services are (or the slant they put on them), but their derived SEO efforts and where they invest their time may reveal a focus you didn’t know they had. These types of things, too, can give you an edge.

The important part is to have faith in your own skills or hire someone if you aren’t sure. Having an identical title structure or approach to someone else is never ideal, so don’t be drawn into thinking the main goal of competitive SEO analysis is simply doing what they do.

Looking for help with your SEO? I can help. Click for more information.