Creating An Expectation Of Ineptitude 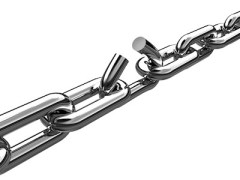 Something reminded me of a story my wife told me a ways back about a conversation with a college professor regarding a project in which a teammate was doing nothing — and bringing the rest of the team down.

Essentially it boiled down to a question of whether she’d have to keep working with this useless individual, and that it didn’t seem fair for that person to share in a grade based solely on the work of the rest of the group, having contributed nothing.

The professor essentially replied “Get used to it. This is how it works in the adult work place, and you’re not going to be able to simply switch team members in the real world when they’re hard to work with.”

I remember thinking back then that though I could sort of see the point on one hand, I thought it was a shitty overall attitude.

Years later as I re-explore it I have to wonder if that attitude is responsible for some of what we see today in the workplace, indeed.

“No One Wants To Work”

Many employers report it’s very difficult to find qualified candidates, both because of sheer inundation with internet applications and that people tend to exaggerate their skills on resumes. Hiring managers I’ve talked to about this frequently say they experience a lot of turnover — not only because it’s discovered early into hiring someone they may not have the skills they said they did, but also that new hires often lack drive and commitment.

Let’s examine the professor’s view point. Essentially his logic is that since we’ll inevitably have to deal with inept coworkers we should just accept it and learn to thrive in spite of it. While the ability to get the job done despite having a weak link on the team is a good quality, should we encourage reliance on it? The attitude seems to accept the fact that useless people will never be fired and that managers will never take action to correct the negative behavior, so the best a person can do is grit their teeth and muscle through.

We’ve all had that person at our job that somehow seems to undeservingly keep their job month after month despite gimping the team, but that hardly seems a reason to welcome that into our status quo. The expectation that management will never notice it or do anything about it for the effectiveness of the team is an admission of a belief that organizations are inherently broken. It happens, but does it have to be “normal”?

Adding To The Issue

Is it something of a self-fulfilling prophecy? By making ourselves okay with ineptitude are we encouraging it, creating an army of lazy and self-entitled workers? In the case of the professor he was giving a solid grade earned by a portion of the group to an individual he admitted knowing was completely undeserving, and did so to demonstrate a point. The point was a frustrating one for Terri, but I have to ask what point was demonstrated to the team member that effortlessly received an A?

“Get good enough at shirking responsibility and you’ll skate through life on someone else’s skills forever,” is what it seems like to me. Do you think if this person got through courses like this in college they’re going to suddenly sprout ethics and drive later in a career? I doubt it. People tend to stick with habits that are easy, especially ones reinforced with positive results and minimal effort.

In my opinion, rather than aptly preparing one person for the “realities of the work place,” what he actually did was add to the very problem he dismissively said exists. That’s a disservice to everyone.