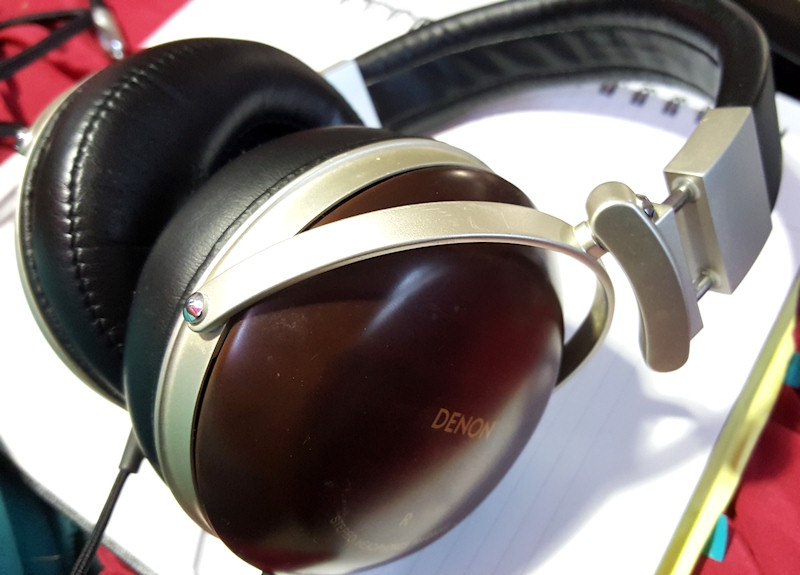 Straight from the box these headphones will make you stop and simply look them over for a moment. The beauty of the mahogany cups against the sleek magnesium frame immediately demands notice. They are certainly not heavy as other high-end cans, despite what you might think. While they certainly aren’t small, either, they are less cumbersome than the AKG K701s I’ve also had.

The lush faux-leather ear pads and headband sit quite pleasantly against your head. The clamping pressure is fairly light-especially for a closed design headphone. Compared especially to my previous AKG K701s, the Denon AH-D5000s do not constantly remind you that you’re wearing headphones while you listen. I’ve suffered many a late night fruitlessly adjusting the K701’s headband to relieve my aching head.

Across virtually any genre, what will distinguish these headphones from other contenders is the bass impact. It’s solid and warm, which for me was a stark contrast from the K701s. Quick to prove that bass isn’t all they’re about, however, the D5000s deliver astonishing clarity in vocals and instrumentation. The upper mids and highs are lively and instantly accessible without being harsh or overdone. The overall tone feels balanced, save for the lower end, which I found pleasing.

My demo took me from the smooth sound of Fiona Apple to the guitar-laden Godsmack. My journey continued in everything from Eric Clapton to Snoop Dogg, and from Pink Floyd to Franz Schubert. I was never disappointed.

This was a pleasant surprise, as many hifi reviewers state that headphones such as the Sennheiser HD650s are best for classical music, citing other models for rock or other genres. Having a headphone that gives a solid and enjoyable performance across virtually all genres is impressive. This is paramount for listeners with a diverse taste in music.

Though the D5000s do not block out as much outside sound as other closed style cans, they still provide an intimate level of isolation that is useful for noisy rooms. The boon of any closed headphone is that very little of your music leaks out, so you won’t bother nearby people in a quiet area.

It bears mentioning that the D5000s are like most other high-end headphones in that they require a good power source to sound their best. Their standard 1/8″ plug allows them to be used from an iPod or headphone jack on sound cards, but applications calling for the 1/4″ converter (included) are what these magnificent headphones are made for.

Other Features and Thoughts

The D5000s feature a 99.99999% (7N) oxygen-free cable, covered by a thick cloth mesh. A minor complaint is that the cord is a bit long and can be cumbersome if you don’t need the length. The cord splits into a ‘Y’ near the top; Denon claims in their manual that this ensures the utmost balance between each side.

One thing you will not find in the box is a stand of any kind. For some this is a non-issue, but if you’ve owned other high-end headphones you know it’s not uncommon to receive a stand. For headphones that retail for $699, something to this effect doesn’t seem too much to ask. Another minor gripe is that the ear pads are faux leather-some describe it as pleather. While still quite comfortable, Denon’s literature says the ear pads are genuine leather. Again, for an item at this price, actually delivering on the promise of nice leather ear pads isn’t too much to ask.

Overall despite the minor issues above, the Denon AH-D5000 is a solid contender in any audiophile’s collection. Their durability, design, component quality, and sound are all top-notch. Their superior sonic character is matched by their beautiful design, making them as much a work of art as a source of sonic bliss. 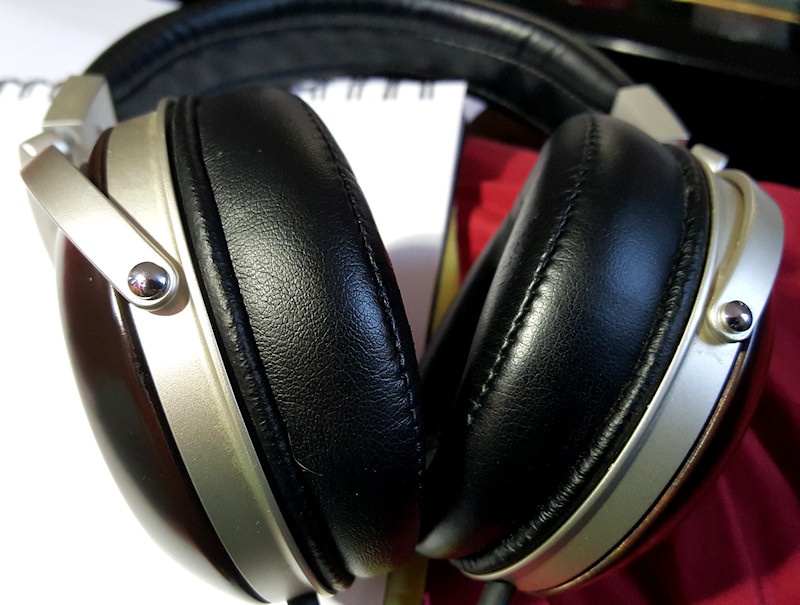 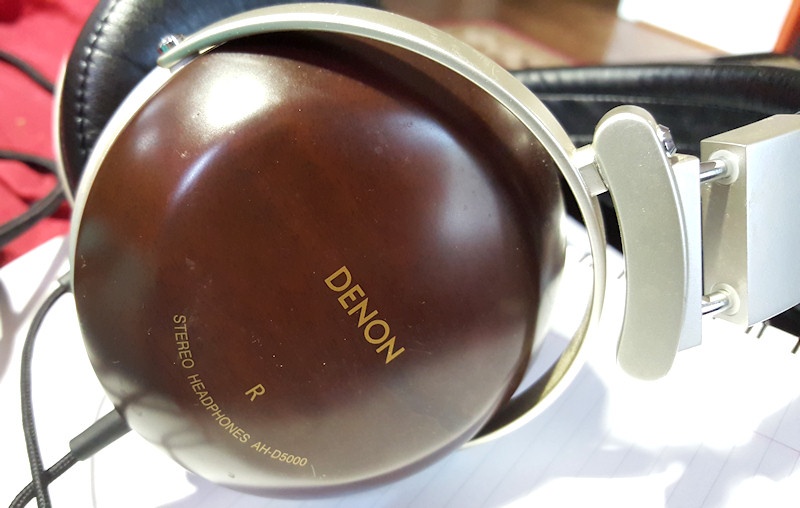