Why I’ve Given Up On The Walking Dead

Shows like this have a way of captivating audiences, which is clear if you’re on social media at all around show night. But when a show becomes more about being a show and less about telling a story, you see the man behind the curtain and all the ways he’s keeping you on the hook. Suddenly the magic is gone.

These shows may start out strong and gripping, with tons of action and character arcs in each episode. The central story feels like it’s moving toward something.

But somewhere along the way the show gets comfortable, and the plot becomes about keeping just enough suspense to hold viewers while stalling hard enough to keep the show on the air as many seasons as possible. 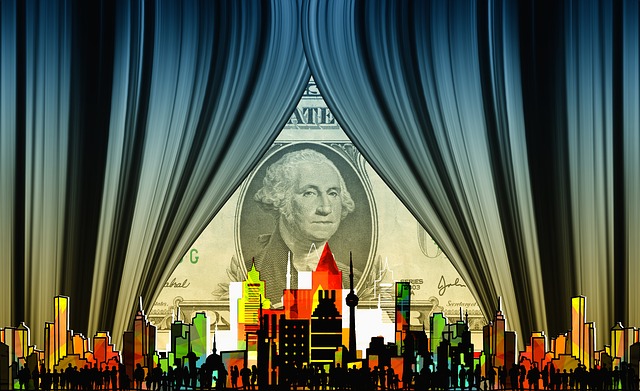 Here are some ways The Walking Dead, and many shows like it, have become ratings machines that no longer want to tell a story.

(Spoilers ahead. If you’re caught up or don’t see yourself watching the show, keep reading.)

Our heroes are badass. This is by necessity in TWD simply by virtue of having survived everything our heroes have. Anyone that’s been ambushed, captured, tortured, shot at, conned, and swindled as many times as our heroes and hasn’t died has become tougher and harder. A survivor.

The more badass a hero becomes, though, the tougher the villain needed to present a threat. If your hero is an expert gunslinger, for instance, it’s going to take way more than your average thug to really put him or her in jeopardy and make the audience feel a sense of suspense.

Sometimes we get a great villain like The Governor. Someone who is more like Rick than he seems at first; ruthless, cunning, and willing to do whatever it takes to make his side succeed. He’s a worthy adversary, and he’s also entertaining to watch.

But the rest of the time we get bad guys who are clearly your average thug, neither clever nor particularly talented. They’ve survived presumably by dumb luck and by being a bully in numbers.

Any normal day of the week someone like Daryl is damn near impossible to sneak up on. He’s an expert hunter and tracker, and is keenly aware of his surroundings. He carries an almost silent weapon, and is the show’s equivalent of a ninja. Yet when we’ve gone a few episodes without event and the writers clearly need something to happen, unworthy bad guys like discount Matthew McConaughey get the drop on him repeatedly, take his stuff, and live to rob another day because Daryl doesn’t defend himself. 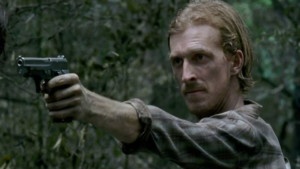 How did this coked-out looking nobody so easily get the drop on the hardest to sneak up on guy in the show? Reasons. (Because the lazy writers needed him to.)

How do Rick and co. infiltrate bad guy inc. this last season in the nighttime flawlessly, killing everyone without getting so much as a scratch? Then step outside where it’s inexplicably day time and the rest of the bad guys not only have Rick’s team in their sights, but have kidnapped Carol and Maggie?

These bad guys that, other than often winning by having big numbers, seem pretty inept are suddenly able to corner the heroes like a special forces team.

Why do they kidnap Carol and Maggie? Leverage. Rick could easily deal with the outside opponents otherwise, so it’s the only way to create drama in what five seconds beforehand was a cakewalk. Why is it suddenly day time when they haven’t been inside long enough for that to have happened? Because how could “new villain” have Rick in her binoculars and have him by the balls in the dead of night? 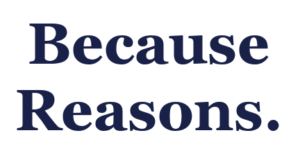 The answer to so many “why did this happen” or “why is the scene this way” questions is too often simply because the script needs it to be that way.

Obviously everything in fiction writing is contrived. But in good writing it feels plausible and is invisible.

Some villains are really only a threat because the hero won’t do what needs to be done. Has this guy almost killed you several times and made it clear he can’t be reasoned with? Is it also clear he’s never going to stop, and the only clear way to protect yourself and everyone you love is to Fedex a bullet to this asshole’s face?

Gruesome as it may seem, in a world without government, police, or any system of justice to fall back on for protection, this is a pretty morally defensible way to deal with truly bad people.

The show drives this home. With no exceptions in recent seasons, every single time a bad guy is captured or disarmed and is given another chance, they make everyone regret it. In most cases good people get killed because that villain was allowed to live and continue using diabolus ex machina to terrorize the protagonists.

But it keeps happening because let’s face it: if the hero simply killed them then we wouldn’t have a cheap suspense point two episodes later. The writers would actually have to take the plot somewhere.

I would argue that not only is killing an irredeemable bad guy morally defensible, it’s kind of irresponsible to let them go knowing what they will most likely do. Every one of your friends that die two seconds later by this serial killer you let free is on your hands by not doing what needed to be done.

Show writers say this adds depth to folks like Daryl who are not “corrupted” like Rick. But that gets hard to swallow when half of the season’s drama and heartache could’ve been avoided by these “uncorrupted” characters having the balls to do what they readily did several seasons ago.

Remember in season 1 when Daryl happily fought alongside Rick against Vatos gang that tried to rob them? He unhesitatingly shoots a guy in the ass with an arrow he’d just impaled a zombie with minutes before. We’ll put aside the silliness of the injured guy being ok because Daryl wiped the arrow off in between. Unstoppable and super contagious virus being foiled by simply “wiping it off” and all.

Daryl shot what he knew must have been a poisoned arrow with barely a thought to protect his friends. But seasons later when the writers have clearly run out of ideas, we manufacture drama by making bad guys have super powers and good guys have really inconvenient crises of conscience.

Remember a season ago when we spent several episodes building up a cannibalistic group of villains and showing their backstories? That made it seem like these characters were redeemable perhaps, like they may come to matter in the show and we’d be glad we knew more about who they used to be.

Then an episode later Rick and co. bust into the church these baddies are holed up in and waste everyone. There is no built up sense of remorse and no moral ambivalence by Rick. So all that screen time spent on their back story? Filler.

When Beth gets kidnapped we waste what seems like half a season sharing screen time with the baddies holding her captive. We watch her learn the system and survive there, all the while hoping Team Good Guys will save her shortly.

When we think we’re finally going to watch these bad guys pay as Rick and co. storm in to rescue her, Beth gets unceremoniously shot and the team retreats empty handed. So all the back stories of these now-dead bad guys? Meaningless. 3+ episodes of watching Beth struggle in vain just to be off the show faster than a commercial break? It feels pointless, like she was a cheap plot piece to keep the show moving a few more episodes, and when she served her purpose she gets discarded.

Remember that point in the show Lost where viewers asked the show’s writers if they were just making it up as they went along? The show relied so hard on back story that got old a few seasons in that everyone began to wonder if all this random walking around in the jungle was going anywhere. This show bears similar signs with less mystique.

90% of what happens on the show feels like the writers saying “Stall them! Give me time to think of something else…”

The show is based on a graphic novel, so earlier on most of the plot was written for them. Isn’t it interesting that as the show goes on and continues to diverge from the graphic novels it also shows more and more signs of aimlessness?

A good cliffhanger makes viewers go “whaaaaat” as the credits roll, and ideally builds excitement for what’s to come. But it seems like good cliffhangers finish a thought or a scene, and it’s that scene that sticks with us.

Like two people in a budding romance finally share a kiss before credits, or someone we care about dies. Or they go to jail, or a bad guy discovers a new weapon that’s going to be bad news next season.

But these are all complete ideas that set up the next chapter without being overly manipulative.

Picture a scene where there’s 10 minutes left of the final episode, a scene that could easily complete in 2 of those minutes, but gets dragged into 10 minutes artificially (by stalling) to run out the clock. Then, seconds before the credits when something huge seems like it’s about to happen, THE END. 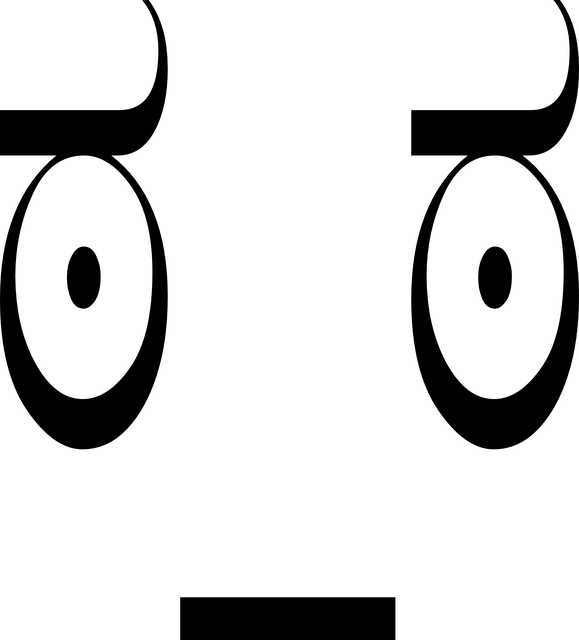 Viewers are still saying “whaaaat?” but this time they feel cheated. It’s a cheap gimmick to get viewers to return for the next season premier because hey — you want to see what happens, right?

But it feels like they tricked you and insulted your intelligence. They toyed with you all season making it seem like major characters died just to reveal they didn’t, creating bogus drama in uninteresting arcs, and now finally, in the last episode, they lead you with a carrot right up to a door to slam it in your face.

That’s not clever and it’s not well-crafted suspense. It’s a lazy way to hook people on an otherwise dulling plot. For me and my wife that last episode had the opposite of intended effect.

Rather than saying “Man I can’t wait for next season!” we shook our heads and pretty much said “Screw that.” What had been one of our favorite shows was now something neither of us wanted to invest in. I had just enough interest left that if she still wanted to watch it I’d turn it on for the sake of, but for her the magic was thoroughly dispelled. She was done.