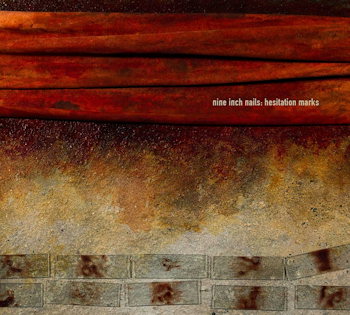 After Nine Inch Nails’ last album, The Slip, Trent Reznor had said he was putting the band on hiatus to pursue other projects. The latest album came as a bit of a surprise consequently, but as a long time fan it was a must-buy. His style has shifted quite a bit over the last several years, so it was hard to know what to expect.

In some ways it strikes me as a return to form in terms of grappling with darker personal themes, standing in contrast to Year Zero and even With Teeth that were more political and dealt more with society as a whole.

Lyrically some of the songs feel a bit lazy to me, as if creating line-for-line rhymes was more important than the point actually being made. One example comes from “Copy Of A” where he says “Look at what you’ve gone and done / That doesn’t sound like fun / I’m not the only one.” Examples like this are numerous, and coming from someone that took us on some pretty heady journeys over the years stands as an unpleasant contrast. The song is saved by the fact that it flows well and is pretty catchy, and was one of the tracks that stuck with me.

Tracks like “Satellite” and “I Would For You” are a bit more familiar musically. Something I’ve noticed in the last few albums Nine Inch Nails is a simpler arrangement of instrumentation on average per song. The bulk of the musical substance is electronic rather than the guitars and visceral drums of previous works. I wouldn’t say this is innately worse, though some of the songs strike me as a little lean.

After a couple listens, though, songs like “Came Back Haunted” stick in the mind well. The blend of accessible lyrics and catchy rhythms make several tracks likeable from the first listen and easy to point out and say “oh yeah, this song!” on subsequent listens through the album.

The music seems to take itself as seriously as darker albums like Downward Spiral, but is far more melodic and tame. Parts of the album feel like they’re building toward an expulsion of anger or passion, but it keeps a smoother vibe instead.

The album as a whole keeps me coming back better than With Teeth did, but I have to disagree with the reviews that call it one of his best. It’s definitely solid and is probably my second favorite of NIN’s recent works, behind The Slip.