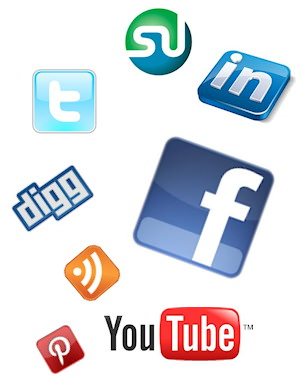 The trouble with being a search engine giant like Google is that once you become the premier place to “get found” people will always find ways to game the system. SEO has carried a negative connotation in some regards for years, as many black hat practices involved exploiting the system to give sites more recognition than they deserve. When people began talking about how important backlinks are, born was a new era of link building services and ways to engineer links as opposed to earning them.

Over the years, people have bought, sold and traded links in ways that, if Google didn’t act, might allow sites to gain more popularity than they’ve really earned.

Meanwhile, publishers that really have earned the right to links have been denied them, as other publishers have adopted the “nofollow” mechanism as a way to fight spam.

I’ve blogged before about my frustration with duplicate content. Although Google claims that it penalizes sites that have blatently copied the content of others, I can’t tell you how many times I’ve searched for something, especially related to games, and gotten an entire page of different websites with the same content. Verbatim. How are they all on page 1 of Google if copying gets you penalized? Why are sites with legitimately new things to say on pages 2-10 or worse?

I noticed this in action earlier this week. I wrote an article on this blog and decided to also post it on my One Click Consulting blog, even attributing the initial blog post. Attribution wasn’t necessary since it’s my own work, but I’d hoped that the backlink to this site would help Google’s crawlers realize this blog did it first. I posted it here and delayed posting it to One Click half a day to give this site a head start.

Later, when I ran some Google searches to see if it’d indexed, all I could find was the One Click version of the post. The original was nowhere to be found. I assume this is because One Click’s site has been around far longer and is better established.

Though I was the author in both places and therefore couldn’t “lose”, it created a bigger concern for me. What if One Click Consulting was someone else’s site and they’d stolen my article and posted it as their own? (This type of thing happens a lot in blogging.) Since their site is better established than mine, the world would perhaps never see that I wrote it first and they’d easily get all the credit for the article, and would certainly not be penalized for duplicating my content.

Worse yet, if Google incorrectly assumed the other blog’s content was the original, MY site could get penalized for “duplicating” their content.

In the same Dan Sullivan article mentioned above he discusses that while Google admits links aren’t a great indicator of relevancy anymore, they’ve been vague about what the next step is.

The indication seems to be that social voting (i.e. Facebook shares, etc.) will play a larger role in how relevant search engines see your site or your articles. On one hand this seems like the right idea given the dominance of social media, but they’re kidding themselves if they don’t think that system can’t be gamed just as easily. Sites like Fiverr.com already have oodles of “Pay me and I’ll give your site X amount of Facebook likes or shares.” I’ve also seen this happening for Google, Yelp, and Yellow Pages business reviews.

Is there a viable way to distinguish between legit shares and ones that are engineered?