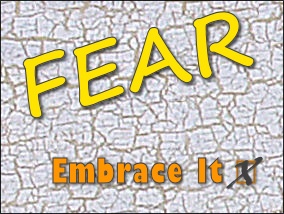 In a recent discussion and reading of a great blog post on fear, there were some concepts I wanted to explore further here. As an aside, I discovered his blog a ways back randomly Google-ing myself (since we share the same name), and have since had the opportunity to have some interesting chats.

As someone who is both quirky and verbose with those close to me but shy in other settings, the desire to overcome social fears is a topic I know well. I’ve often felt torn between two personality types, fantasizing what it would be like to be more like Patrick Jane from The Mentalist or anybody who has a strong public personality and acts and speaks without any real filters other than personal morality. It seemed like it’d be tremendously liberating. “Think of how easy things could be,” you might say wistfully to yourself.

The other side to this coin is that the less challenging something is the less rewarding engaging in that action can often become. A man who is told he’ll never walk again and ends up running in a marathon feels a tremendous sense of accomplishment, whereas an Olympic runner jogging the first quarter mile feels nothing except the familiarity of routine.

I am reminded of the saying, “Courage is not being fearless; it’s being afraid and doing it anyway.”

We’re at our purest when we feel that exhilarating sense of fear, like if you’ve always wanted to sky dive and get up in that plane and look out the window just before the jump. A strong sense of “never mind — I can’t do this” might come over you. The difference will be in whether you end up saying never mind or jump anyway, and that exhilaration will make doing it everything it is to you. Think of how different that would be if you weren’t afraid at all. You get up above the clouds and feel nothing, and while the jump might be cool the most you might say about it afterward was that it was a nice view.

Put simply, you might say that in many cases the more reluctant we are to do something the more we have to learn/gain from it. There are obvious limits to that of course, staying within the limits of general morality.