UPDATE 2/28/2014: The download link to the 2.0 version of this ROM in the Android forums is down. I am not the mod’s author, so I cannot provide new ones. At this point with how old the phone is it seems modders have abandoned the project, as there have been no new links crop up that I’ve seen. 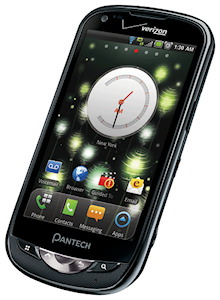 I’d blogged previously about admining the Pantech Breakout, which despite not being able to overclock was still advantageous for the ability to uninstall the junk software Verizon puts on the phone. When I’d originally written that post there were no custom ROMs available, but that’s changed.


As I started reading about the “Broken Out” ROM in the Android forums it seemed that almost everyone had a positive experience with it, and my Pantech Breakout was already admined. Wouldn’t take much to try it out. So I created a backup of my stock ROM in case I needed to go back and did a clean install (deleting all cache etc.). The ROM author claimed that he’d removed virtually everything Verizon and Pantech had thrown into the phone outside the stock Android 2.3.3 and made some performance tweaks. It’s one thing to admin and be able to uninstall previously uninstallable apps, but stripping the fluff out of the OS itself is a step beyond.

It was clear immediately how much faster the phone had become. Right off the bat the Breakout had roughly 2-3x the available RAM as before, not to mention substantially more storage space. This is important since this phone is not one of the ones that comes with 1GB built in space, and Android still does not allow all apps to be installed to your SD card. Even with the ones you can, there’s still a chunk of them residing on the phone storage, so you’re always losing space to install apps.

There’d always been a lag in the Google Play store downloading and installing apps, which was now a smooth transition. Browsing menus and jumping between apps was equally pleasing. Android savvy folks know that the OS will close apps that haven’t been used in awhile when RAM gets low to allow for what is currently running, which can be annoying if simply opening a web browser closes Facebook every time a link is clicked. Simply having the memory to have these things run together and toggle between with no closures makes a big performance increase.

Though as far as I’m aware there are still no overclock kernels for the Pantech Breakout, using this ROM feels like having done so. I’m no stranger to admining and such, but the performance gains were less profound on previous phones simply by trying new ROMs. In this case it becomes glaringly obvious how much crap was installed on the stock phone and how it turned a decent piece of hardware into something far less usable than it could be.

Stability With The Pantech Breakout ROM

Some users have mentioned trouble with using Bluetooth and it affecting their clock (very strange), but I’ve not encountered that issue. I’ve had one or two force close instances, but only with Facebook and strangely only early into using the ROM. Other than that it’s been very stable.

I reboot the phone about once a week out of habit, but it runs 24/7 otherwise.

I would recommend the “Broken Out” ROM to anyone with this phone. If you’ve been on the fence about admining this is definitely a reason to do it, and if you’re already admined installing this app only takes about 10-15 minutes tops if you’ve already got apps like Titanium Backup. Slap the zip file on your SD card, boot into recovery, format the cache and user data, and install. Done.

For more detailed instructions on admining the Pantech Breakout read my previous post, and visit the ROM’s page in the Android forums for more details about installing the ROM if you’re stuck.