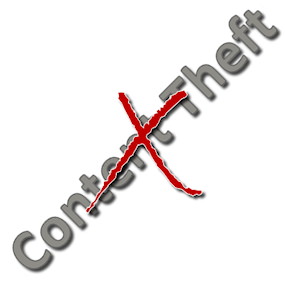 As mentioned in a recent Hubspot blog post, Google is launching a new initiative against stolen web content. Users will apparently have the ability to report certain sites of stealing content, and if it can be maintained in court the website will be de-indexed by Google.
The downside is that this only happens if it can be proven in court that a website indeed stole copyrighted material from another site. Despite how rampant this is, imagining how often it will ever actually go to court is tough. Still, it feels like a step in the right direction for the search engine giant.

As I’ve blogged about in the past, duplicate content up until this point doesn’t actually get penalized the way it should, the way it’s said that it is. Luckily there are apparently also measures in place for a user being falsely accused to dismiss the claim, which will hopefully prevent legitimate writers from erroneously being de-indexed.

Ultimately, as the above article said well, “…if you’re less than scrupulous about proper source attribution for your content, now is the time to get serious. Google’s watching.”