The Audio Claims About Neodymium Magnets 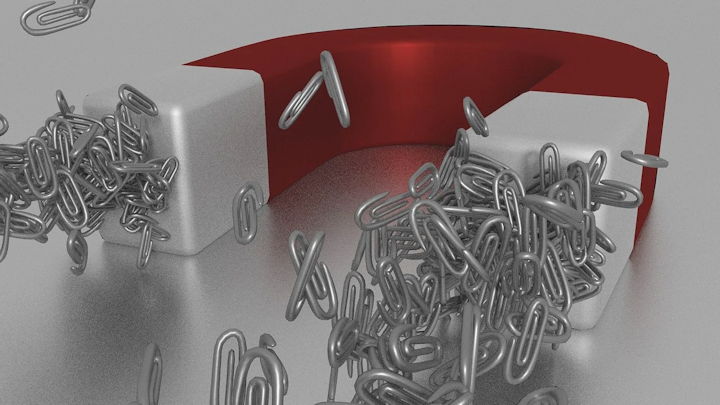 “These headphones use special neodymium magnets so they sound better,” said a salesman to me once long ago.

You see this kind of marketing all over audio equipment, and even on sites that compare various models of equipment. When researching headphones before I’ve come upon sites that list pros and cons of two models — which is useful — but it always lists a set with neodymium as a “clear win” over ones with ferrite magnets.

Those sites go on to explain that neodymium “produces deeper bass and clearer detail.”

Neodymium magnets tend to be more expensive, so a great way to sell them is to call them special.

But is there really a big difference or is this one of those things that is mostly marketing?

The Biggest Differences Between Neodymium and Ferrite Magnets

It is true that neodymium magnets have a greater magnetic force to size ratio. That is to say that a smaller neodymium magnet can produce a given amount of attractive force than would be needed with a ferrite magnet. That means that any speaker or headphone that uses neodymium will be lighter, which is part of the draw in headphone manufacture.

Lighter is better, right? Well actually in subwoofers the extra weight can be useful to keep the cabinet from rattling/moving when the woofer gets moving. For those that travel a lot with speakers however, such as musicians, the weight savings of neodymium can be very useful.

Neodymium is also a much more expensive magnet, so the choice between that and ferrite often comes down to production costs and retail price of the finished product.

Some have pointed out that neodymium magnets also conduct a tighter band of force rather than a wider radiation of magnetic force (like ferrite), so in cases with speakers and voice coils can more tightly control the voice coil since it’s concentrating a lot of energy right into that space rather than a wider band for which some energy is not focused on the coil.

But when it comes to actual sound quality, is there a difference?

To answer this we need to understand the basics of how speakers work. Without getting too technical, a speaker is basically a cone attached to a voice coil that carries electrical current at alternating polarity (+/-). Since magnets attract opposite polarity and repel same polarity, the speaker’s magnet basically pushes and pulls the cone back and forth very rapidly to the frequency of the sound signal.

What we may call “sound quality” refers to how accurately the speaker can reverberate to the signal given to it. A magnet’s ability to “control” the cone is only really determined by it producing the proper amount of force, depending on the size of the cone.

There’s a good discussion about this in the Sound on Sound forums, in particular.

Let’s say that for a given driver/cone size we need a magnet that can generate X amount of magnetic flux, given the driver’s size and density. As long as the magnet can generate that flux, it will be able properly control the driver.

(There are other considerations like the design of the voice coil/spider, cone suspension, cone material, etc.)

Since neodymium magnets generate more magnetic force than ferrite at the same weight, a neodymium magnet matched for this particular speaker driver’s size will be smaller. However, outside of the above mentioned reported differences in how each type of magnet generates waves of force (and how the shape of those differ) in terms of actual magnetic force theoretically both could achieve the same figure. The ferrite magnet would be larger.

Other factors will affect sound quality, such as the construction of the voice coil and the cone itself, the design of the enclosure of the speaker, etc. In as much effect as the magnet can have, though, two magnets of the same amount of magnetic flux will be the same. Ferrite will just have to be bigger to do that.

Sure, a lot of high end headphones use neodymium magnets, but a great example of a ferrite-driven headphone that still sounds great is the V-Moda M100. They’re heavier than other headphones of similar size, partly because of the magnets and partially the rugged steel construction, but are still widely lauded as great-sounding headphones.

Whether or not those headphones are your cup of tea or not, they serve as an example of the following concept:

It’s a spec that can tell you something, but doesn’t tell you everything. You might think of it like looking at a speaker’s sensitivity rating. It can give you some insight into how loud it might play or how easy it would be to drive it (from an amp standpoint) but it doesn’t tell you much about how good it will sound.