Hooking Up A Car Subwoofer and Amp In the House 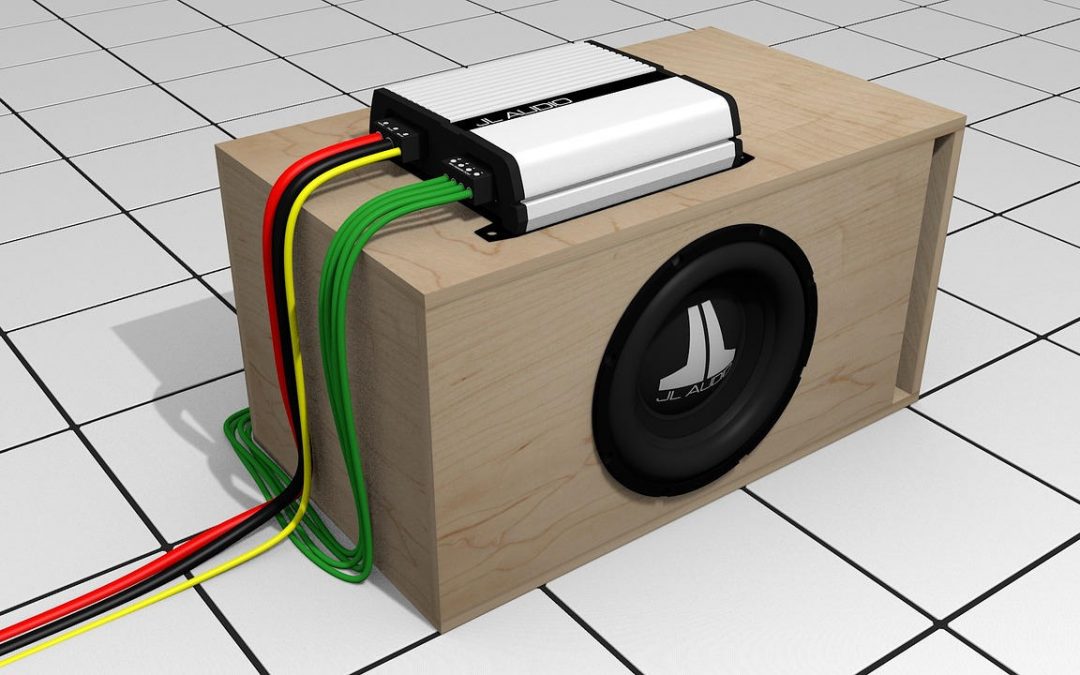 Maybe you had a car system at one point and had to switch cars, or maybe you upgraded the system and wondered what to do with the old one. Could you use it in your house to bolster your living room stereo, for instance?

Yes you can with a fairly simple DIY project.

Retailers sell power amps made for AC outlets capable of just as much power as the beefiest typical car amps, and that’s certainly an option. But if you’re not looking to shell out the cash for a whole new AC-powered amp when you have a perfectly good car amp, you still have some options.

Your biggest hurdle is going to be converting the 110V from your wall to the 12V your car amp expects (normally provided by your car battery).

Some users have reported taking an old computer power supply and grouping all the 12V wires together, and then running them into your car amp. You can certainly do this, and read more about it here.

The route I went in my own project was similar, but involved grabbing a DC power supply intended for tools and machining, and in some cases cheaper than opting for a computer power supply. (You can get these from Amazon pretty affordably.)

In either case, you’ll want to make sure your power supply is capable of a minimum of 30 amps. Depending on the car amplifier you’re using, you may need more (40-80 amps).

The process is pretty straightforward once you have the DC power supply.

I also recommend using an AC outlet adapter with a switch on it so you can easily turn this rig on and off, since the DC power supply (such as what I used) does not have a switch.

Something to bear in mind: Depending on the type of amp you’re using (and its efficiency rating) you may have to use a more powerful DC power supply than you expected.

For instance, if it’s a class AB amp with a 50-60% efficiency rating, that means it will draw roughly twice the power to operate than it as actually putting out to the subwoofer. (The rest becomes heat.) Meaning if it says it puts out 300W it may actually draw close to 600W internally. In that case, a 30 amp PSU and fuse isn’t going to cut it.

Class D amps tend to be more efficient, often from 70-90% efficiency. Your power demands will be somewhat simpler with a class D amp, consequently.

Typically the power supply can spike to almost twice its rated amperage without activating its protection mode or blowing a fuse, which is useful for a speaker amp. Therefore if your PSU generates enough power for 400W, say, but your amp says it can put out 800W peak, your PSU should be able to keep up with those peak demands as long as they’re brief.

Using a Car Subwoofer in the Living Room, In Practice

The info I’ve shared here is based on research I did before making a move, and then also on my own experience wiring a Pioneer GM-7200m amp to power an Infinity Kappa 12″ subwoofer to accompany my receiver and Klipsch bookshelf speakers.

I tried a variety of positions around the living room with the subwoofer. Ultimately it ended up in the front left corner of the room. When I’d tried this with a Kicker subwoofer it was too boomy in the mid-bass even with crossover adjustments, but with sufficient Poly-fill box packing I did not have this problem with the Infinity Kappa.

You can read more about my comparison of the Kicker and Infinity Kappa here.

Some people assert that car subwoofers are designed to not be as powerful on the really low notes as subwoofers built for home theaters, since car subwoofers are counting on the trunk/cabin gain effect that boosts those notes. Their claim, then, is that using a car subwoofer in your living room will sound bad because it won’t be able to play those deep notes loudly enough.

My experience, especially when using the Kappa in the corner, is that this is not true. I get a clear response all the way down to 30hz before it tapers off audibly in frequency sweeps, but the sub is only rated to 24hz anyway.

If it’s somehow still objectively true on some level, I’ll say this: it isn’t obvious enough to detract from the enjoyment of listening to the subwoofer. It definitely makes music and movies more dynamic and engaging.

I’ve also gone against common advice on the crossover point. Most people recommend an 80hz crossover, or to cross the subwoofer over at roughly the lowest rated frequency of your main speakers.

Your choice of box obviously matters here. Not that it doesn’t when used in your trunk, but if you’re using the car subwoofer in your living room it’s not contained (or muffled) by the trunk, meaning distortion and box vibrations will be more audible. Also, you’ll be filling a larger space so if the box isn’t allowing the sub to reach its max output it may be more noticeable in the house.

In my own experiment I used a sealed prefab box (1.25 cubic feet) stuffed with a little over a pound of Poly-fill. I realize prefab boxes are not ideal, and this is certainly an upgrade opportunity for me later.

If you’re reading this, though, you’re likely in the same boat where for now you’re trying to reuse whatever you have in a home application.