Airpods Max vs “Audiophile” Headphones – Do They Stand Up? 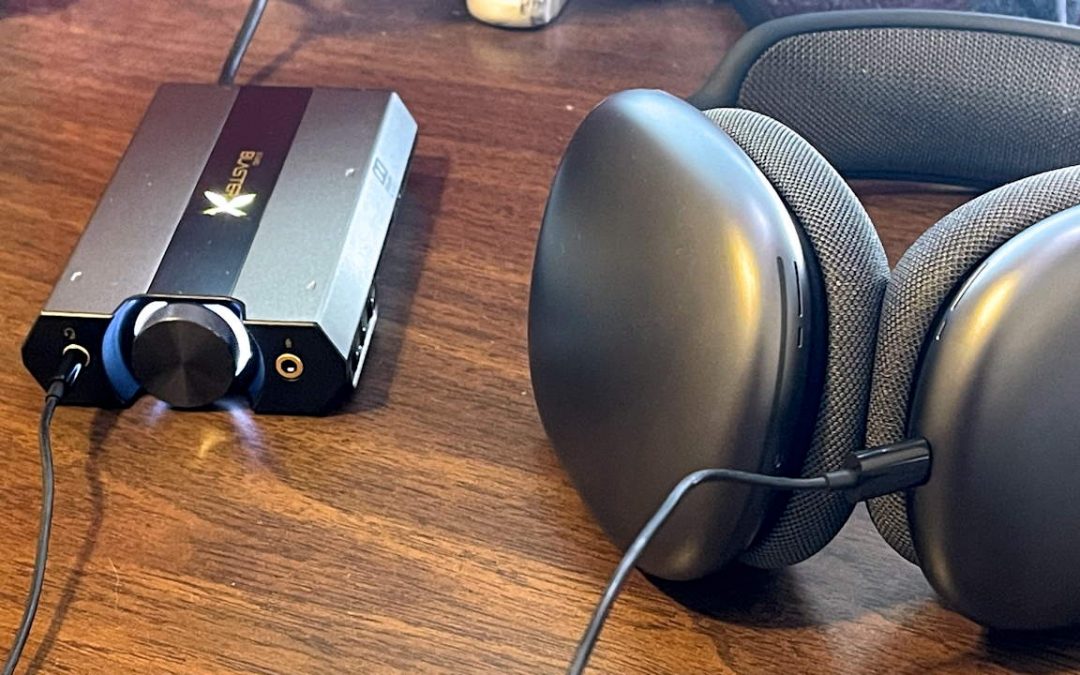 As a headphone enthusiast I was excited to try them, particularly to suit my growing need for mobile listening.

At first I was disappointed that the only color that was available was black (given all the fun alternatives offered) but after holding them in person I actually think that gives the mesh headband less of a “toy” look others have mentioned.

I won’t go into a ton of discussion about features and settings here since other reviews do that exhaustively, and instead I’ll focus on what brought you here.

How do the Airpods Max compare to other audiophile headphones?

Prior to trying the Airpods Max I’d searched this extensively and found very little. It seemed like opinions about them were largely from two groups of people:

The midrange of the Airpods Max most remind me of the Sennheiser HD600 – very present and well represented in the mix, more so than the DT 1990 in terms of levels.

The Airpods Max have better bass than the Sennheiser HD600. Of course by “better” I don’t necessarily mean the sense of impulse speed or clarity, but rather overall presentation and how deep they play. Like the Beyerdynamic DT 1990, the Airpods Max can play well into subwoofer depth of bass.

I think the DT 1990’s bass with some EQ is actually better overall than the Airpods Max (with comparable EQ), but the Airpods’ bass is, to me, punchier out of the box with no EQ.

That’s really the most striking feature I would say about the Airpods Max sound.

There’s a real sense of tonal balance where the bass is solid but not bloated, the mids are powerful without stealing the show, and the highs are clear and articulate without being overly bright. This is a different experience than the HD600 or the DT 1990. The DT 1990 is a pretty bright headphone, and while it also boasts a ton of beautiful detail can also be somewhat fatiguing.

The Airpods Max don’t always strike the same level of instrument detail as the DT 1990. But I would say they certainly have a more accessible sound that, without changing the earcups or using EQ, is fun without being fatiguing.

Instrument separation is excellent on the Airpods Max. Nothing sounds like a wall of sound in your face like some headphones; instead each instrument stands out distinctly, which makes guitar solos, percussion, and vocals very engaging on a variety of genres.

For rap with fast rhyming, this clarity and strong mids section makes the lyrics easy to follow. In Metallica’s Black Album I really got a sense of impact at Lars’ drumming (which stood out almost more than the memorable guitar sections). For pop music with strong, emotive vocals like Adele, Dua Lipa, and Ed Sheeran I got a very similar emotional experience to the DT 1990.

Just as importantly, these details are for the most part handled cleanly. When I compared the Airpods Max against the Denon AH-D5000, I got a similar sense of somewhat laid back but fun sound, but I couldn’t help but notice the sibilance of the D5000s in the treble — something I do not notice in the Airpods Max.

For comparisons to other “audiophile headphones” in the price range I think there’s one thing worth bearing in mind in fairness to the Airpods Max. The APM are noise cancelling bluetooth headphones with numerous microphones and other tech inside them. That’s part of what you’re paying for.

To necessarily expect that the whole $550 price tag goes into nothing but housing and drivers, like is the case with the other headphones, isn’t fair. But just how much sound quality the Airpods Max do provide while doing all those other things? I think it’s great.

The DT 1990 are generally my daily drivers any time I’m sitting at my desk with the DAC and headphone amp.

But the rest of the time? I’ve used the Airpods Max almost exclusively — even sometimes at the desk via cord — for weeks and I’ve found them to be a very solid experience.

The excellent build quality, sleek look, extremely comfortable headband, and well-represented tonal balance create a worthwhile package for anyone looking for great sound on the go.

The fact that you get active noise cancelling, the brilliant transparency mode, and engaging detail without needing a separate DAC and headphone amp are great benefits, especially for someone just getting into high end audio.

The Airpods Max price tag might indeed be steep compared to other portable headphones, granted. Their sound isn’t perfect. But to the claims that they’re overpriced for what they offer? I disagree.